This year we operated on our 1,000th surgical case in Northern Bolivia. 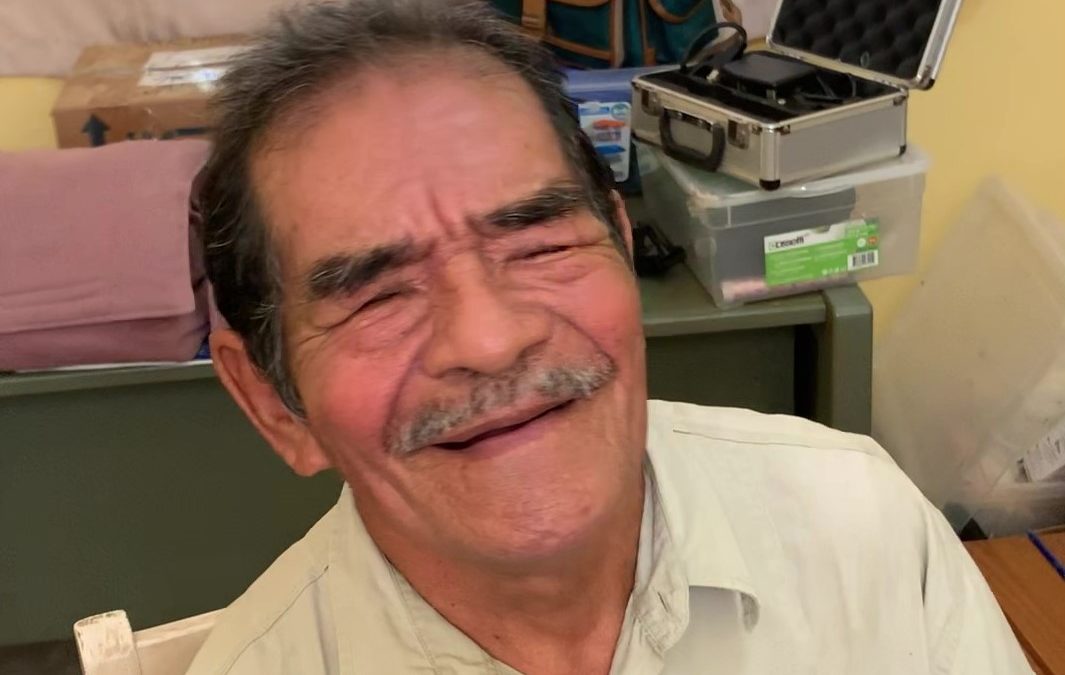 This year we operated on our 1,000th surgical case in Northern Bolivia. In reality, we almost didn’t operate on him at all, and then ended up operating on him twice!

‘Mr D’ came to us initially in a lot of pain having had surgery carried out by some visiting doctors previously without any visual improvement and a number of surgical complications left unattended.

The reason for his pain was that he had very high pressure in the eye from vitreous that had crept forward from the previous surgery and an inflamed cornea from sutures that had not been removed for over a year. He wanted the pain to go away but was adamant that he wasn’t going to have eye surgery ever again. He had had a year of pain and wasn’t willing to risk anything going wrong with again.

However, after talking to him calmly, Mr Gouws our Medical Director and very experienced surgeon was able to persuade him to at least have the surgery to take the pain away. We operated to remove some vitreous that was causing the high pressure, and removed all the corneal sutures.

The next day he was pain free for the first time in a year and after discussions with the family, they wanted us to operate on his other eye, which was blind from cataract. We did just that, with no complications and a superb visual result for him. His final vision was 6/6, (20/20) that’s better than I have. We were all delighted with how things worked out.

The following video footage shows just what this meant to him and his wife. We have come a long way since our first trip in 2012 and are looking forward to helping many more people in Bolivia with the life changing surgery that we take for granted in the UK.

Two short films of ‘Mr D’ our 1,000th patient are linked below. Just click to watch.

If you would like to help us with the next 1000 patients, please visit our website and make a donation of anything you can afford. Your donation makes a real difference and changes people’s lives.